“Minimalism is a tool to help you say ‘yes’ to that which is most important and meaningful.”—The Minimalists

Two years ago I was introduced to the concept of Minimalism more intimately after taking a road trip to Pittsburgh with a friend to meet The Minimalists. Following that adventure, I discovered so many ideas, concepts, and read so many books that inspired me to create a life with more meaning and less stuff. My life has greatly changed since I began the journey to discovering more when having less. Read my previous blog post here.

I’d never been superficial or wanted the “latest and greatest” of anything. Actually, a lot of my stuff is vintage or from thrift shops and bought off / traded with friends. But the idea that all of the stuff I do have could be the reason I have a hard time focusing, or why I feel more anxious, that was intriguing.

Getting rid of more than 1,000 items, paring down my wardrobe, reducing the amount of everything I have and giving what I didn’t need or use away either by donating it to the local thrift store or a lot of times giving to friends, has helped me find clarity and calm.

I felt lighter instantly as I let go of old books I’d never read or had read and no longer need, or scanning in old photos to catalog them into digital scrapbooks instead of big photo albums that I moved from one apartment to the next.

My room has become a place of calm. A space to create and to write. As I was trying to figure out what I wanted, I realized I had gained so much clarity over the last two years.  After spending time clearing my space and my head, I feel ready to create.  So I’m committing to dig in and do the work. I decided to stay at my full-time job for one more year. Once I made that decision, I started getting ideas. Now I’m working on clarifying them as well as planning the next phase of my life, building a new business. I’ve decided to move back to Harrisburg, so I’ll be closer to my job. This will give me more time to write and build my business, as well as allow me to budget my money. I’m excited for a new space to make my own, and do the work to become location independent!

What I never expected, connections to a tribe

After I’d gotten clear on goals, and was working through them, one step I took was investing in educating myself with this idea of location independence when I bought the Paradise Pack last year. Flash to a year later, I’ve traveled twice, to meet this “tribe” of amazing and inspiring people, who are now some of my closest friends and best supporters.

Had I not went down the path of minimalism, to discover this life right in front of my eyes, I never would’ve listened to the Zero To Travel podcast, found Jason, and met him, and Travis from EPOP who helped me save money on my flights.

Recently I wrote out my first quarter goal standings and shared them on Facebook. I received tons of positive feedback about it. The truth is I’d been feeling like a fraud or failure. Here I was, heavier than I was in Septemeber, and still not quite debt free yet, still working my 9-5 job, and feeling stuck. I felt that I had such high ambitions for my first quarter of the year and that I hadn’t met them. So instead of complaining about it, I decided to update everyone where I was, and make it clear what I wanted to work on so that anyone reading the post could call me out on it a few months from now. That literally was my intention. I wanted accountability. What I got was people cheering me on and telling me that they are going to start setting their own goals for the next quarter. That’s pretty awesome. With that said, here’s what I want to accomplish for the second quarter of 2019. (Check out my goals blog post from January for more details.) 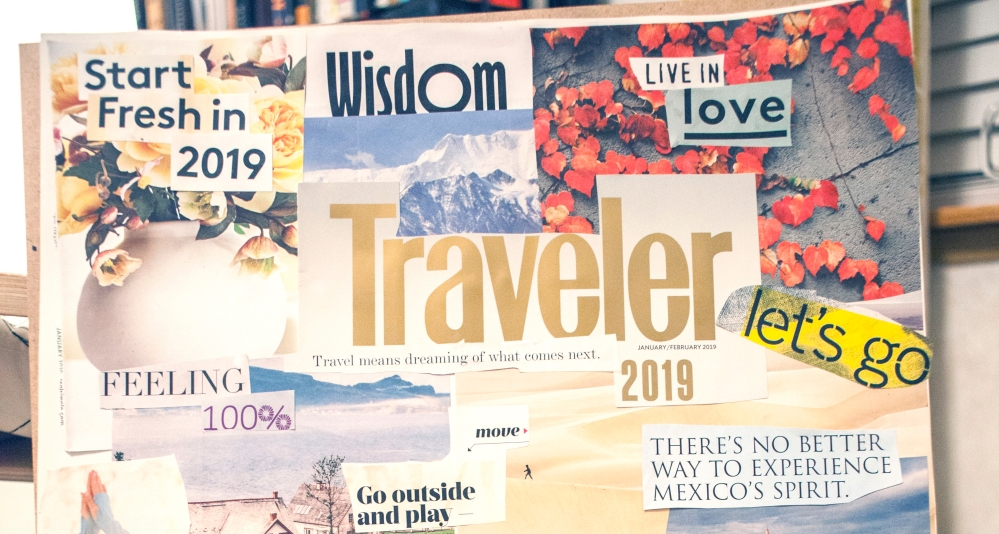 2. Weight Goals – I just hired a coach to help me get stronger and be relentlessly on my own side. Goal to lose 15 lbs by the end of June.

3. Travel Goals – Booking a trip to Arizona by June (Flight and Lodging Booked)

4. Adventure Goals – I’ve already set a date to take a kayaking class May 18 & 19. I will also be planning a skydiving trip to Colorado in July.

5. Business Goals – Focus on learning, building my skills needed to create a new business that will be successful. I’m excited about travel writing and have books to read, and a website to build for showcasing my work, which I want to be done by the end of June, going into the third quarter.

6. Location Goals – I’m moving to get closer to my job, so I gain an hour and 20 minutes to focus on business development and personal growth. Also will allow me to create a new space for a new mindset. (Harrisburg, here I come!)

8. Self-Development – Focus on improving my mental focus and ability to keep myself accountable, morning routine and evening routine building for success and strategic growth.

9. Budget Goals – Keep and maintain a budget. This will be a primary focus going into the second quarter. I recognize where I need to work here to better manage finances for the best potential and investments in my future. (I’m giving myself three more months to get consistent with sticking to a budget.)

10. Fitness Goals – I’ve invested in a spin bike for my home and will no longer make excuses about my fitness. Making time to incorporate strength into each day. Even if that’s just 5 minutes, pushups in the bathroom, or yoga before I go to work.

After almost three years of focus on reducing my spending, finding ways to make money, and increase my income, I’m debt free.

I would need to start making changes in my life if I was going to emerge from the depths of the wallowing, self-pity, and dark depression I’d been living, and awaken to new ideas about how to live, without spending so much money.

Most people know and I’m sure that I don’t have to explain that I was spending more money than I was making, and I needed to be spending way less.

How to Sell Travel Stories