This is the third in a series of stories from my experience traveling to Denver, Colorado. Please read the second one here.

Journal Entry: As I stepped onto the gravel pathway, I took a deep breath and closed my eyes, I took a moment to be grateful for this moment, and vowed to myself to never forget what it felt like to be in this city, here, and now. It was an amazing and beautiful walk alone, me and my camera. I greeted joggers and said hi to kids playing. I could imagine living here, being out for a morning run. As I passed people while I was jogging, I almost felt like I belonged here, like it was just another day in the city.

Wednesday morning I had the morning planned for a walk at City Park, in downtown Denver. One of our hosts was leaving at the moment I had come into the kitchen to grab my coffee before heading out for my walk and offered to give me a ride to the park that was a few miles away so I could spend more time at the park. This allowed me to have more time creating photographs and then I’d walk back and have enough time to get ready for my day of client visits with Jim. I did the 3-mile loop on a gravel path around the park and the pond, listening to my favorite podcasts and capturing photographs of the beautiful sculptures, flowers, and green spaces.

I was enjoying my walk but running out of time as I needed to be back to get a shower before 11 a.m., which was when Jim would be picking me up. I started to head back, but my phone stopped working somewhere along the way back and I couldn’t figure out the right direction to go. I am known for having the worst sense of direction. If it’s right, I’ll always go left. I also hate asking for directions. But I did, when I saw a group of people talking outside of a business, and after explaining the street I needed to be on, I followed her arm gesture towards North, but after about 30 minutes, I realized I wasn’t going the right way. And after the fourth time of resetting my iPhone, it finally turned on, and I was able to message my housemates and figure out that my location was 45 minutes in the wrong direction. Luckily I had just enough of a battery to text Jim, who came and picked me up and drove me back to the house for me to get ready super quick and head over to our lunch meeting.

Our first meeting of the day was lunch at The Buckhorn Exchange. This well-known, historic venue is filled with stuffed animals, guns, and reminded me of an old western movie. I could picture men in suits making deals with a handshake over stiff drinks and cigars. We met our clients, who had already ordered some Rocky Mountain oysters, a local favorite. I introduced myself to them and we quickly ordered our meals. I ordered a buffalo burger without the bun and a salad. One of the clients ordered a “Dutch Lunch” which was interesting since I was from Pennsylvania Dutch area… can’t seem to ever escape my hometown, even when I’m far from it!

We found in an old menu that the Buckhorn served Dutch Lunch. Many times this included headcheese and scrapple derived from Pennsylvania Dutch cooking.

After lunch, Jim and I headed to our next two client meetings, one out in Boulder and then back into the city for dinner. Our drive to Boulder was beautiful, full of mountain range views and conversations about clients. I enjoyed the ride and liked not being the driver for once. It’s been a while since I have been a passenger in any vehicle. 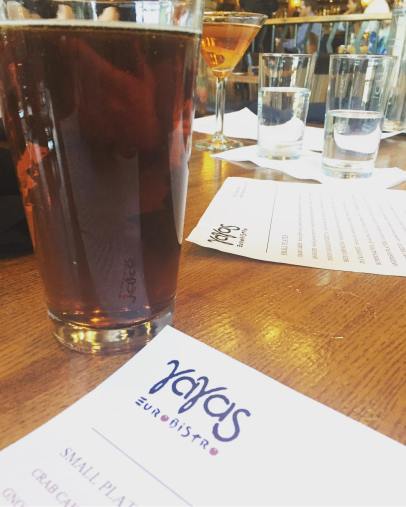 Our client visit in Boulder went well, and we traveled back over to Centennial for dinner at YaYa’s, an upscale European Bistro, complete contrast from the lunch we had a few hours earlier, YaYa’s had a clean and fresh, modern atmosphere, much more my style, compared to the rustic, dark den of the exchange. We enjoyed cocktails and beers with sampling appetizers including Beef Carpaccio, Antipasto platter, and bruschetta. For our main course, I had Scottish Salmon sauce romesco, bacon brussel sprout hash, with Marcona almonds. We finished with dinner drinks and souffle. It was to die for, all the food was wonderful, leaving me fully satisfied, and with an experience, I’ll remember, that food was amazing!  My mouth is still watering from all that amazingness!

After our fantastic dinner, Jim dropped me off at a pub where more of my Location Indie crew had gathered, more of our housemates had arrived since they were coming in from all over the country.

I met them at a brewery called Ratio Beerworks in the RiNo District, near our house. I met up with Alexis, Mitko, Ryan, Jason, and J-Rob, who had just arrived in addition to Heath, and Mike, and my roommate Christina, as well as some other folks. We started to get to know each other a bit, and I was more familiar with the guys since we’d hung out, so I chatted with both Mike and Heath. After a drink, I knew I wanted to again get up early, and Mike was ready to walk back, so I walked with him back to the house to get an early night’s rest.

Journal Entry: I found it thrilling to be on this bike. I struggled to keep my balance, and when the guide cautioned me, I knew I had to prove to him and to myself, that I could do this. As I rode in the scooter, faster and faster, down the street, I loved how the wind felt on my arms, in my hair, and the sun bright on my face. I felt like I was racing in a movie.

Before traveling out to Denver, right after I signed up to attend the Denver Experience with my new Location Indie friends, I was trying to find fun ways to experience the town and have some great photos for my article I wanted to submit. One of the women in our group mentioned she’d signed up for a scooter tour on Thursday, and after debating about if I could do it, I just signed up, thinking that I’ll figure it out when I get there. Well that day had come and it was here, and time for me to make this challenge real. After talking with Christina in the morning, we had decided that Alexis and I would be going on the scooter tour because Christine had to work. So we figured out the train and took the trip downtown, stopping for some breakfast along the way. Working to stick to my routine of healthy eating, I got a breakfast sandwich without the bread, and ate it out of a lettuce wrap, while sipping my black coffee and eating some bacon and guacamole.

We arrived just in time to listen to our host for the scooter tour, Dave, explain how we’d be responsible for these scooters, and whatever damage we did to ourselves, others, or any parked cars or buildings we would (hopefully not) run into while out and about. He was diligent in helping us understand how to operate these scooters and with about 20 laps around the parking lot, I started to feel confident, and was at least faking it enough to keep Dave believing I was comfortable riding, even though I was so nervous I was sweating through my layers. We took off and I felt scared yet excited to be driving a scooter through the streets of Denver.

Our tour took us all over the city from the Big Blue Bear at the Colorado Convention Center in downtown Denver, Colorado. Titled “I See What You Mean,” it is Denver’s favorite piece of public art. We then proceeded to stop at several of the following Denver tourist locations: Confluence Park, Lower Downtown (LoDo), National Velvet, LoHi, Denver Highlands, Colorado Convention Center, Coors Field, Denver Union Station, Denver City and County Building, Colorado State Capitol, Molly Brown House, Governor’s Mansion, Cheesman Park, Cap Hill Mansions, Denver Country Club’s Reed Castle, Cherry Creek North, Washington Park, City Park, Denver Museum of Nature and Science. We rode in style carefully as a group to our next stop, pull up safely on the sidewalk, and then spend two-to-ten minutes talking about why the spot is interesting. It was a fascinating and interesting two hours that sped by! 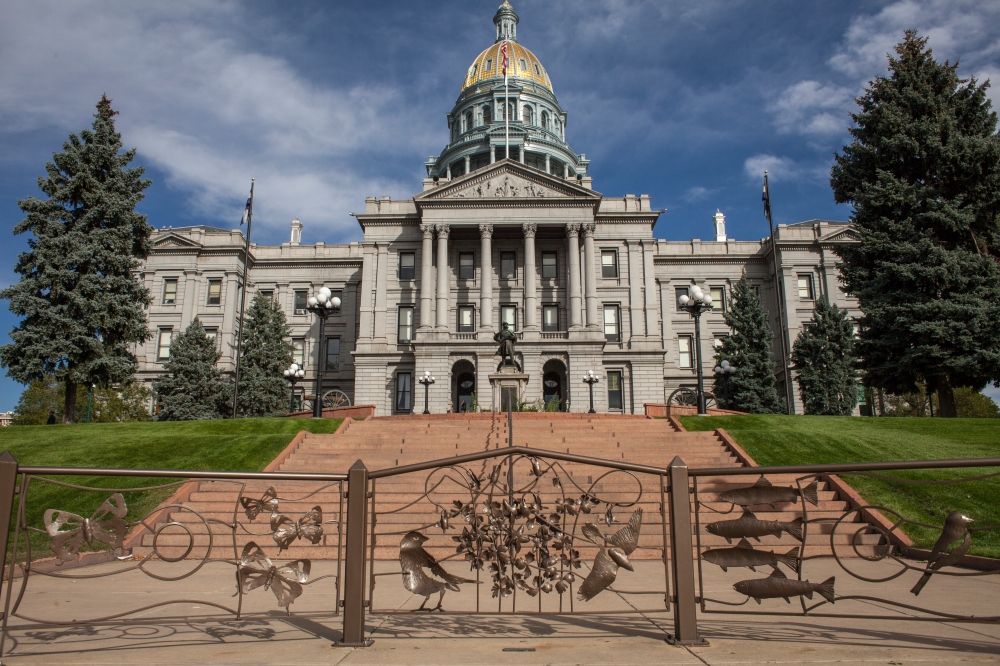 Following our experience, Alexis and I decided to grab a bit to eat before heading over to the state capitol, which was a stop I was really excited about. However, by the time we got there, the tours had ended, so we walked around while I captured some of the amazing architecture of the structure. After walking around the capitol we walked around downtown and found a thrift store, to check out some digs, it’s my thing, I am always on the lookout for a cute thrift store. Our LI group was having a challenge for a best unique hat, socks, and t-shirt, so we tried to find unique items, and I scored a cute dress for $7 as well as a pair of heart-shaped sunglasses, and a necklace. Once we had our purchases and had chatted with the girl at the Buffalo Exchange about how awesome Denver is, we headed back to the house to change for our meet up with our LI group. 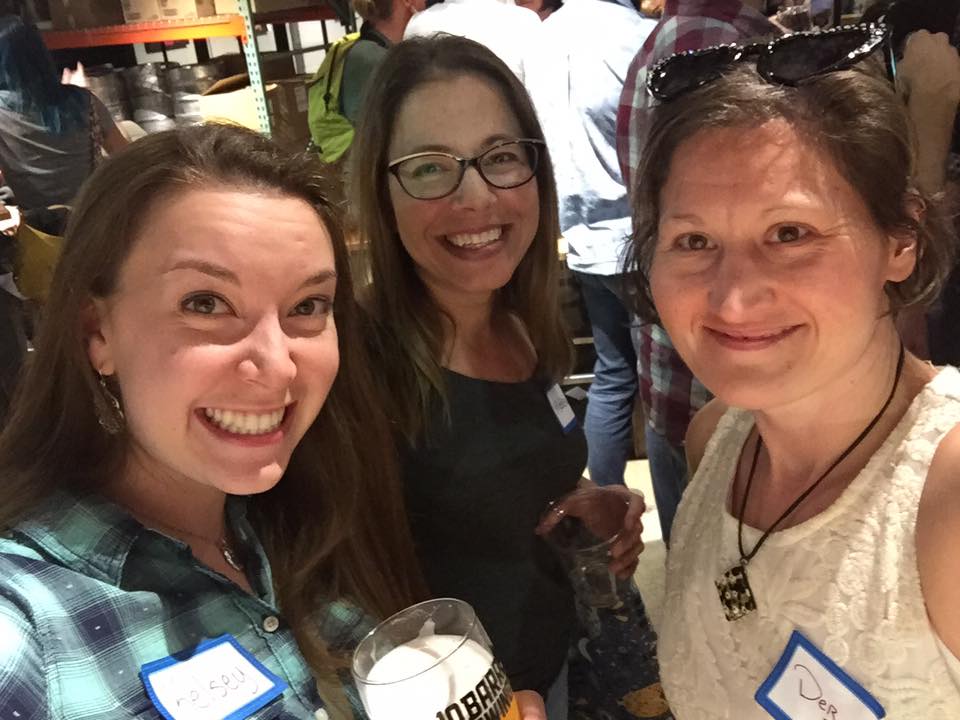 The first Location Indie Denver Experience event was at 10 Barrel Brewing, founded by three fellas in Bend, Oregon in 2006 who wanted to brew beer, drink beer and have a ton of fun while doing so.  It’s a place where I found my “tribe” and connected with awesome people for the first time. I was able to connect and talk with my roommate Christina, and met Kelsey, a country-singer and awesome podcaster, as well as talked with many other LI people who I’d learn to know more over the weekend. I also got to meet my fearless leaders, Jason Moore, and Travis Sherry, who lead the podcasts and are the founders of LI! IT was the most amazing feeling to be in a room surrounded by inspiring people, and know that one day I could be doing amazing things just like them, that fact alone, that I was there, making it real, was the biggest and most monumental breakthrough for me. 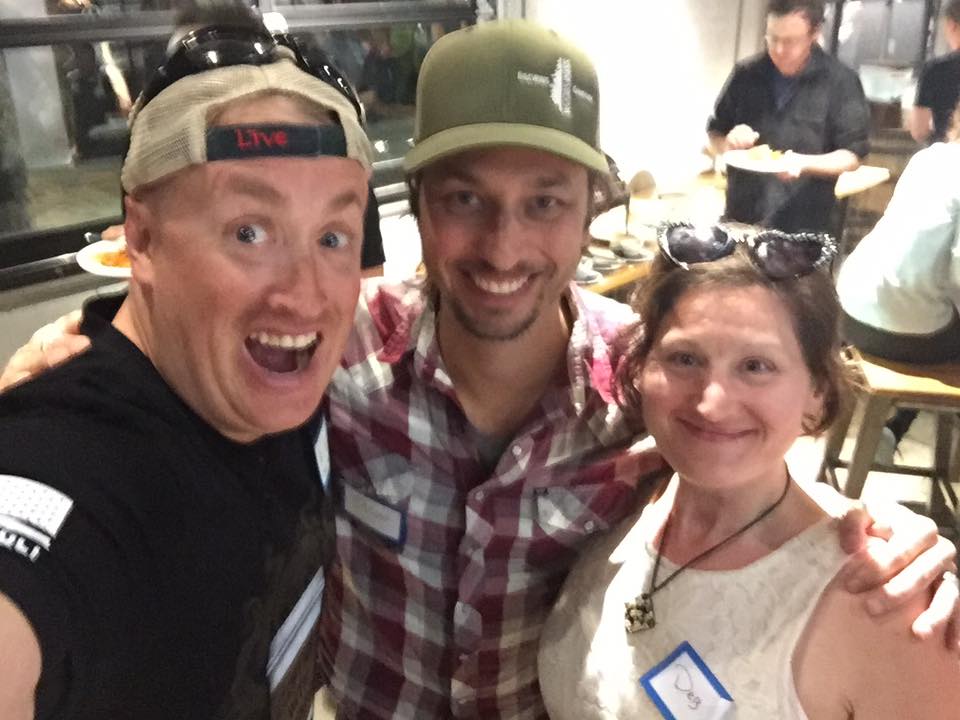 Stay tuned for the next Denver adventure!