“Difficulties strengthen the mind, as labor does the body.”
― Lucius Annaeus Seneca

It started as a calm, breezy Sunday evening.

After a very productive weekend of household chores, writing, and journaling, I wanted to enjoy the remaining few hours of the weekend out on the river with a friend, relaxing in a kayak on the river.

I’d only been kayaking once before last Sunday. As I ventured out in the Susquehanna River with my friend just after 5 PM,  I was feeling like I was ready for a calm and peaceful float.

As we followed the current downstream, we talked about all the new developments in our lives and I was really enjoying paddling through the waterways and around the rocks, weaving in an out of the current, it was truly relaxing and entertaining. 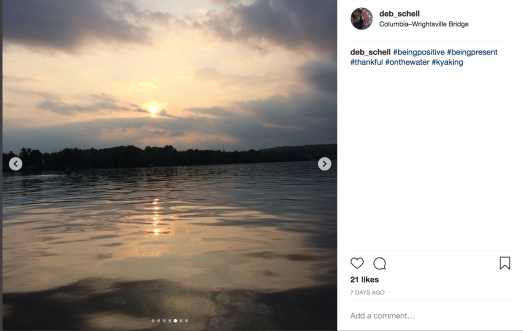 I was just getting comfortable enough with balancing myself in the boat to do a bunch of photos and posted on Instagram about how peaceful and thankful I was and moments later, the course of the evening would change dramatically. Right after I pressed “Send” to share the photos I liked from the relaxing evening, I looked at my friend’s boat, and he wasn’t in it…

So I said “Hey did you fall in? Are you okay?” and I didn’t get a response, so I sealed my old, yet faithful Apple iPhone 5s into my waterproof bag and started rowing over to see what was going on with the guy and the boat. As soon as I came over, he was on the side and it took me a bit of maneuvering to reach him because of the now increasingly strong currents. I lined my boat up next to his, we tried to get situated, but after a few attempts, it wasn’t working and then on the last effort, my boat tipped and I was upside down and then swimming in the river. Thankful for the life vest I was wearing and that I’d put my phone away.

I struggled first to keep the kayak I was in from sinking, as it filled with water, it was harder and harder to hang on to it. My short 5-foot-1-inch body was trying with all my might to latch my water shoes onto the rocks on the floor of the river and lock myself into a position to make adjustments for stability. The more I tried, the harder it became to hold everything, I had to let go of the cute hat I had just gotten a few weeks ago while out on a thrifting excursion. At least I managed to get a few photos with it before I let it go! And as my friend was able to get to a tiny rock island, and get back into his kayak, he started to make his way back to me, while I stood tall, feeling like a superhero for not letting go of the kayak and managing to balance on some rocks, all while the current was rushing between my fingers and toes. He came and picked me up, I grabbed onto the back of his kayak, and he attempted to pull the sinking kayak and me in tow, but the current was too strong and we lost the kayak.

The river began to resemble molasses, so difficult to paddle, and I was hanging on the end of the kayak, singing and hoping that my friend could get us to the other side of the river. I started to laugh, and laugh, as I remembered that when I asked him why he fell in the water in the first place, he said he sneezed!!!!!! I just started busting out laughing so loud. I was trying to lighten the mood and keep us motivated and happy after all this was an experience and a challenge, but I wasn’t angry about it, I was thinking about how this is a great story to write later.

However, we just seemed to go back and forth like a pinball. For every five feet forward, the current would bring us 15 feet back, and as the sun was setting and it was getting dark, we found another rock formation to stop and take a break. We decided to switch places and I started to paddle and wiggle one way and then another, to get us closer to the shore, but the same problem arose, we were trying to sail upstream in downstream current. We saw an island with a house on it, and the lights were on. I suggested we ask the people at the house if they could help us get back to the other side of the river so we could go home, it was approaching 9:30 PM at this point.

We reached the island and I joked that we were like Tom Hanks in the movie Cast Away, and we wish we could just get home. The house lights were one, but no one came out as we arrived on the island, even with my friend calling to them, so I told him to go up and knock on the door. He did, and a man was home, but he refused to take us to the other side of the river in his boat claiming he “isn’t good in the dark” for whatever that’s worth, so we were on our own.

After a short break on the island, we got back onto the water, with me rowing us as we sailed downstream towards the shore, slowly, very, very slowly. I made grunting sounds, similar like you hear at the gym, mustering up all of my strength to row this kayak I had been so eager earlier to row, and now just felt like I was exhausted like my arms were going to break. To encourage my slowly dwindling spirit, the only song I could think of was “Row, Row, Row your boat…” and eventually we got to the other side.

Then, once the kayak was secured and hidden from view, we walked the two miles or so back to where we parked our cars, at the canoe club. It was after 11 PM till we got back and after Midnight till I arrived home. My fingernails and toenails full of mud and dirt from the river, but I felt a different person, one who does amazing things.

A few months ago I never would’ve thought I could do something like that, row a boat to shore in the strongest current I’ve ever experienced. Over the past nine months, I’ve challenged myself to do things I’ve never done, and recently got a poster that says “If you always do what you’ve always done, you’ll always get what you’ve always gotten.”

I’m proud of the endurance I exhibited and my spirit of not getting angry or upset at the situation, but laughing, singing, and building my strength to get home. I know that I can do anything, especially things I used to think I could NEVER do because I’m breaking the chains of that self-limiting idea that I “Can’t” do something. 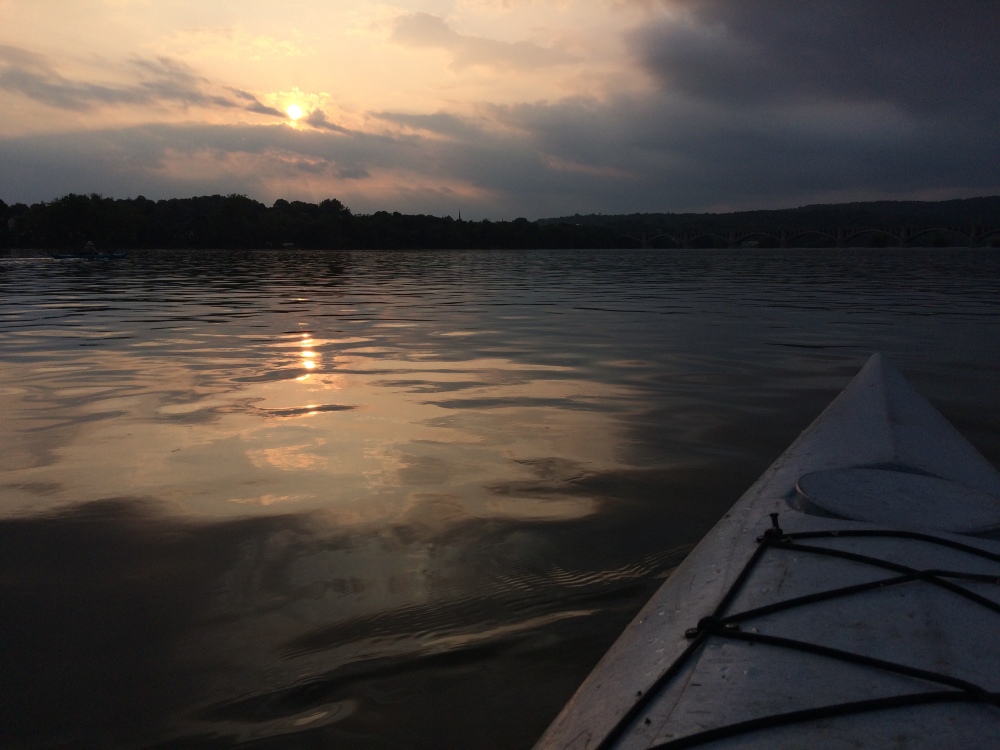