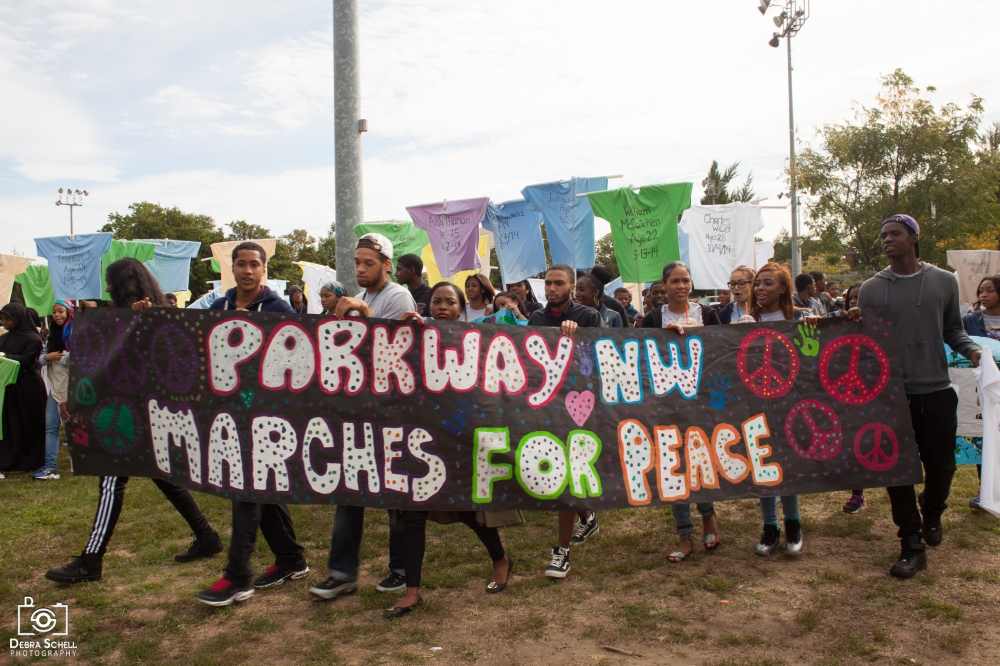 On September 21, 2015 a Peace March was held with Parkway NW students and others along Germantown Avenue in Mount Airy, Philadelphia. Participants walked with peace banners as well as T-shirts with the names of Philadelphia victims of gun violence.

This featured collaborative event for Peace Day Philly 2015 was spearheaded by the Parkway NW High School for Peace and Social Justice, with support from a number of other organizations, and involved their entire student body. 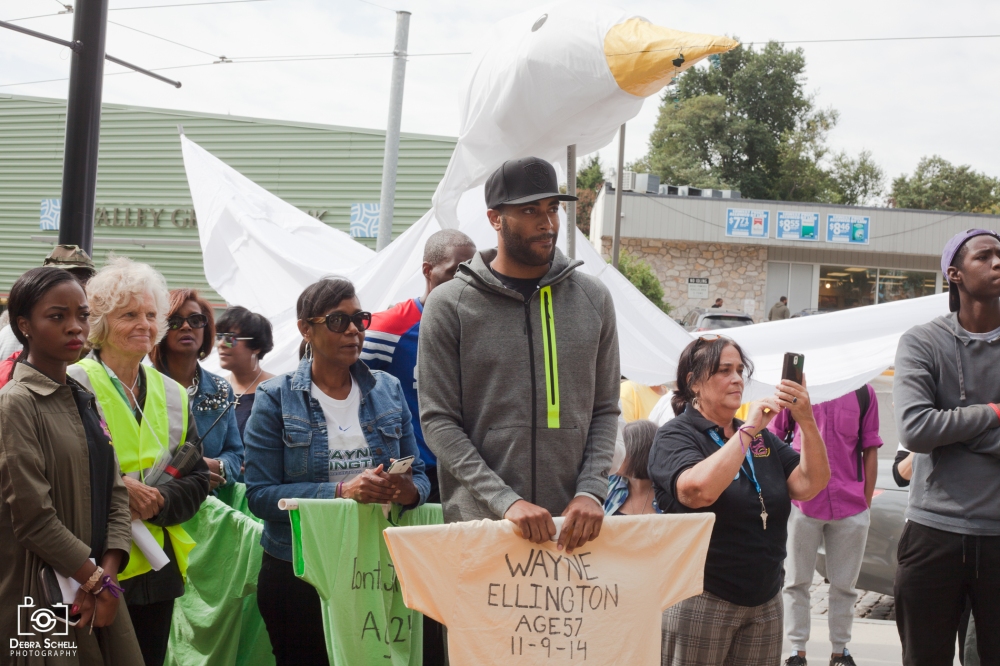 Wayne Ellington was the featured speaker at Peace Day Philly’s “March for Peace” from Mount Airy Park through Germantown. Ellington, who wears his father’s initials on his basketball shoes when he plays, will wear a T-shirt with his father’s name on the back; marchers are welcome to wear shirts with victims’ names.

Ellington’s father, Wayne Sr., was shot through the head while sitting in his car on the night of Nov. 9. He was 57. Across the country, Ellington was beginning his sixth NBA season, this one with the Lakers. Ellington learned of his father’s death after the game. Carl White, 34, has been held for trial on murder and weapons charges; this has given Wayne Jr. little relief. He shared his anguish with a crowd expected to be composed mostly of schoolchildren, many of whom lost a loved one to gun violence. Ellington was raised in West Mount Airy, less than a mile from the site of the march; less than two miles from the site of his father’s slaying.

The event ended with students participating in a variety of peace workshops.