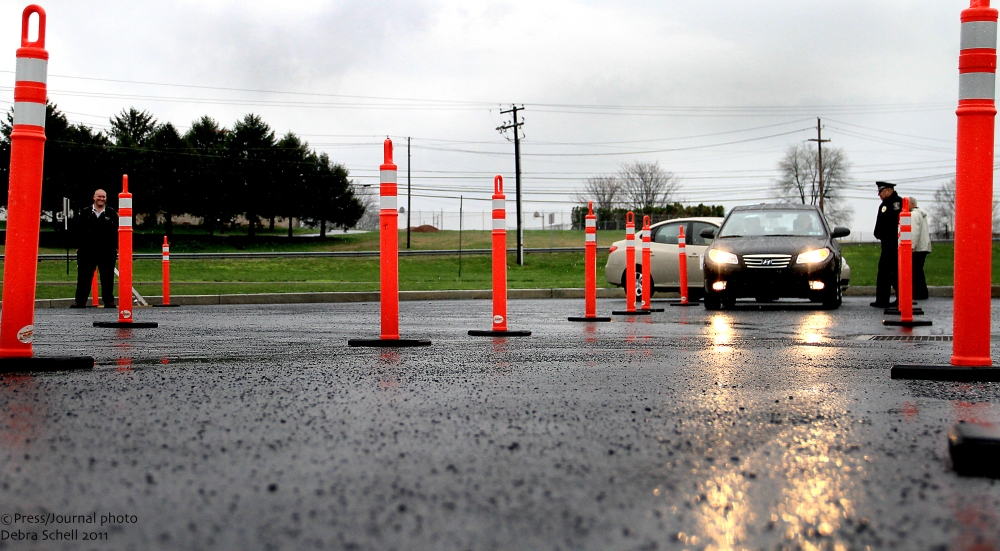 Middletown Area High School has hosted the Safe Driving Competition for the last time.
The event, designed to teach students to be better drivers, has been held at the school since 1995.
Now, it’s collateral damage in the district’s struggle to cut spending.
The school district eliminated its Driver Education program. Next year’s competition will be held in Enola, said Charlie Bowen, MAHS driver’s education teacher who will retire at the end of the school year.

The event is sponsored by the Pennsylvania Department of Transportation, the Pennsylvania Motor Truck Association, law enforcement, and other safety-related groups.
The first competition was held in the Boscov’s parking lot at the Colonial Park Mall, Bowen said. But problems with traffic left organizers searching for another location, Bowen said.
“Our place was ideal, they [PMTA] told me, when I suggested the idea,” Bowen said.
Three of the best student drivers from central Pennsylvania high schools are chosen to participate in the competition that includes a driving skills test, perceptual driving slide test, and a written test.
Autumn Pellman thought she did pretty well after completing the course on April 12.
“I think I did alright,” said Pellman, one of about 20 students who competed at the event. 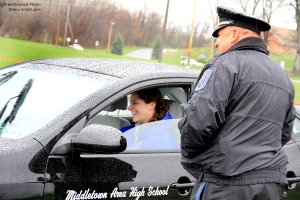 “I didn’t wreck, so that’s good,” she said with a  laugh.
Matthew Hogan, of Greenwood, took first place in the competition, scoring 123 out of 170 points and received $1,000 savings bond.
Morgan Sheaffer, of West Perry took second place, with a score of 120 and received a $500 savings bond.
Torin Keefer, of Millersburg, placed third with a score of 116 and received a $250 savings bond.
Greenwood took first place in the team competition, scoring 342 points out of a possible 510.
Other schools competing included Halifax, placing second, MAHS third, West Perry fourth, Millersburg fifth, and Lower Dauphin sixth.
Middletown senior Brett Relken received a $50 savings bond with a score of 116.
Seniors Lauren Hernandez and T.J. Bechtel were the other two Middletown students who competed.
Local businesses supported the competition by donating money for the savings bonds, Bowen said.
Midtown Pizza provided lunch and the school district’s meal company provided a variety of muffins, bagels, fruit, coffee, and juice in the morning, Bowen said.
Both meals were donated to the event, Bowen said.
Middletown’s Students Against Destructive Decisions helped with the setup and directed traffic during the competition.
Even though the district is cutting the program, Bowen said he is working on offering a class that he would teach at the district.
Bowen said the class may be through the  Intermediate Unit.
“I plan to continue to teach driver education,” Bowen said.
Debra Schell: 717-944-4628, or dschell@pressandjournal.com